How the Gig Economy is Changing the Way We Work 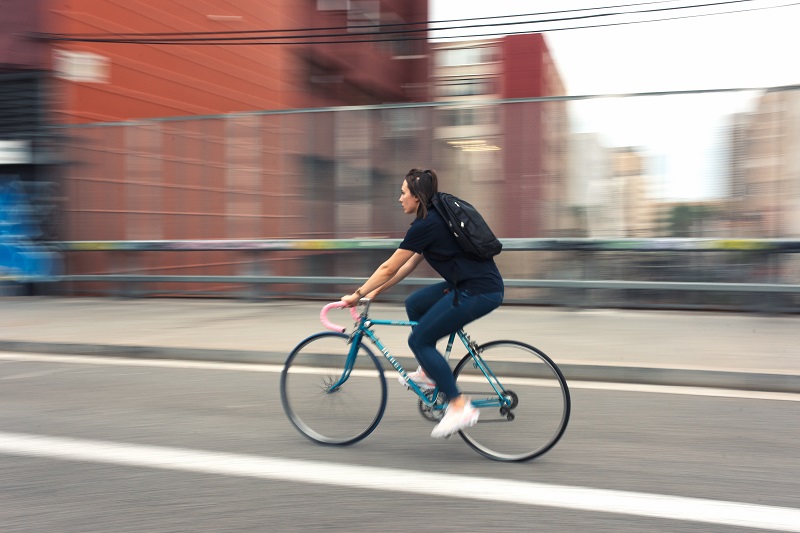 While once it was the norm to settle down into a permanent full-time job, more and more people are finding work in what is now being called ‘the gig economy.’

In fact, according to the McKinsey report The Future of Work in Europe, independent work may have contributed 20 to 30 percent of all jobs up until the COVID-19 crisis.

This new working landscape is populated by self-governing, freelancing, project-based workers – anyone from designers, photographers, and writers to ride-share drivers, IT specialists, and tech support experts – each with the freedom to decide when, where, and how they work, as well as who they work with.

But what’s behind this radical shift in the way we work? And what does the future look like? Let’s lift the lid on the gig economy and find out why, for many of us, the rigid nine to five lifestyle will soon become a thing of the past.

Why the ‘gig’ economy?

The term ‘gig’ has been used by musicians for many years. It originated from the 1920s jazz scene in the US, where musicians would refer to each performance as a ‘gig’ – a slang term for a performance.

Like a traditional musician, workers in the new gig economy go from job to job, project to project, or ‘gig to gig’ showcasing their skills across a wide audience, instead of just under one roof.

Interestingly, the emergence of a fully-fledged gig economy was predicted almost 100 years ago by British economist Ronald Coase. With his ‘transaction cost’ theory, Coase stated that businesses will only employ in-house so long as it’s less expensive than hiring external workers.

In some sense, there has always been a gig economy. Before the industrial revolution, rather than having a career as such, people tended to work in a ‘project-based’ way. But it’s only now, after a few key technological innovations, that it truly exploded and changed the labor landscape.

What does the gig economy offer workers?

In one word: Freedom.

Without the fundamental tenet of the gig economy that is freedom, the whole system would fall apart. It’s the worker’s ability to take control of their own working experience that really makes it a revolutionary concept.

With the freedom to choose who they work for, as well as how, when, and where they work, being part of the gig economy can lead to an unprecedented level of autonomy.

This extra level of autonomy directly reflects the changing expectations and values of a younger generation of workers. Of course, the shift in expectations of the modern worker can’t be fully explained without talking about millennials. They already make up around 50% of the total workforce and it’s clear that, for them, a healthy work/life balance is crucial.

When a few flicks of a finger navigate your daily life, and you expect fluidity, efficiency, and accessibility at every corner, the antiquated working environment of bygone eras just doesn’t cut it.

That’s why, according to Harvard Business Review, approximately 150 million people in North America and Western Europe now work as independent contractors, the majority of them in knowledge-intensive or creative occupations, such as researchers, consultants, coders or designers.

What does the gig economy offer companies?

The digital revolution – in particular the emergence of app-based platforms, cloud computing, virtual offices, and mobile payments – has enabled an environment where new businesses can grow at an unprecedented rate.

Companies can now hire workers from anywhere in the world, without any geographical restrictions. This enables a new standard structure when it comes to building a team. Businesses can create a small core team as the heart of the company, complemented by a larger pool of gig workers, each central to the success and growth of the organization. It enables a far more flexible approach to growing a business, allowing companies to scale up and down at an unprecedented speed.

This kind of model has enabled the likes of Uber, Deliveroo, or Upwork to expand its levels of operation and influence at a staggering rate. The ride-sharing platform Uber is the main player operating in the sweet spot where the gig economy meets what’s been coined the ‘sharing economy’ – an online space where people can share and acquire goods and services, whether it’s connecting drivers with passengers through Lyft; connecting designers, content writers or other freelancers with companies through the likes of Upwork; or, of course, connecting tech experts with consumers who need tech support through TechBuddy.

But it’s not just companies within the sharing economy that are taking full advantage of this new way of working. From startups and SMEs to corporates and NGOs, all types of organizations are tapping into a global talent pool, outsourcing freelance projects to the likes of designers, writers, and computer programmers.

At TechBuddy, we can say that through our sustainable approach to the gig-economy, we have been able to serve our customers nationwide, and as well enable our partners to offer tech support to all their customers, not just the ones living in big cities. Therefore, our business model has enabled us to scale and expand in a way that would otherwise have taken decades to achieve.

Of course, there are two sides to every coin. Despite the potential to bring a new level of flexibility and freedom to the way we work, the gig economy doesn’t come without its fair share of controversy.

While many choose to work within the gig economy, others find themselves towed along involuntarily. Over the past few years, zero-hour contracts have become more and more commonplace, stripping workers of basic rights such as sick pay, health insurance, and state pension contributions. Some companies have rigged the system, hiring on the cheap and failing to cater to the needs of their employers.

And it’s not just ‘old-fashioned’ multinational companies at fault – Uber has come in for fierce criticism regarding its failure to look after its independent contractors.

Companies need to ditch the idea that gig economy workers are dispensable ‘quick fix’ employees. Instead, we need to recognize them for what they are – a flexible, skilled, and dedicated worker with the knowledge and passion to perform their job to the best of their ability.

Provided, that is, they’re given the respect they deserve.

The future of the gig economy

Governments need to do their part in the evolution of the gig economy by passing legislation and setting precedents that will secure the rights of project-based workers. One good example is in Spain, where labor authorities recently ordered Amazon to issue 4,056 contracts to delivery drivers who were being used as ‘false freelancers.’ This type of intervention is just the beginning of what needs to be a long and concerted effort across the board to bring stability to project-based working and to have a positive influence on the future of the gig economy.

On a global scale, the United Nations Development Programme (UNDP) is an example of a major international initiative that aims to change working conditions for the better over the next decade by collaborating with governments across the globe.

TechBuddy, along with our CEO Tahero Nori, was recently selected by UNDP Sweden as one of 17 inspirers under category 8 of the UNDP, which seeks to promote sustained economic growth, higher levels of productivity, and technological innovation. To date, TechBuddy has created over 70,000 jobs for our 1,000+ buddies. We take pride in creating these job opportunities for tech experts who may not have a traditional IT education.

When it comes to the rights of gig workers, our ethos has been clear since day one – we value our buddies and we want to contribute to the growth and success of the gig economy.

We do things differently to many other companies – our gig workers are not just paid by the hour, but for every task they complete. This means taxes and social security are paid for them every time they work on a task for us. Since we take care of their social fees, they are eligible for the same compensation programs from the government as full-time employees, adapted to the hours they have worked. After all, we’re passionate about discovering and helping tech-savvy talent to put their skills to use, in turn helping to connect them with their local communities.

Moreover, we’ve also got our buddies’ backs when it comes to insurance. We cover any accidents that may occur during their assignments. This protects not just our Buddies, but also our customers, which is of the highest importance for us.

TechBuddy wants to lead the way and establish a blueprint for a new gig economy, one that empowers gig workers and gives them a higher standard of living. Treating them well will mean they will treat customers and consumers well. It’s this knock-on effect of being good to each other that will be good for the evolution of the gig economy and, ultimately society in general.

One thing’s for sure – the way we previously thought about employment is outdated. The gig-economy is here to stay, and we want to build a blueprint that shows that it is possible to create value for all stakeholders involved. But to make the gig economy a success, we all have to adjust – from businesses and workers to governments and consumers.

Then the gig economy will become what we hoped it would. A system that works for all of us and benefits society at large.